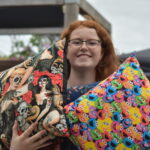 When Chloe Steuart was just 10 years old her mum and dad took her to the Richmond Primary School where she held her first stall, 25km north east of Hobart. A special place because it was built by convicts two years before South Australia was proclaimed in 1836, and remains the oldest continuously used public education facility in Australia. Not surprisingly Chloe became … END_OF_DOCUMENT_TOKEN_TO_BE_REPLACED 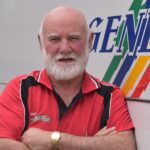 We imagined Caroline Scicluna saying to her husband David in their North Blinman Hotel: “Any washing dear?” To which he replied: “Yes dear.” Perhaps not exactly in those words, but there were 22 bags this day and he drove 36km to Parachilna in the Flinders Ranges to put them on a coach that had left Port Elliot 5.15 that morning, heading back via Copley 7am next day. All … END_OF_DOCUMENT_TOKEN_TO_BE_REPLACED 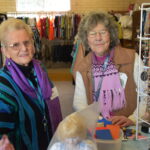 There are almost 3000 registered opportunity shops – or op shops as we lovingly refer them by – across Australia, each with predominantly sweet ladies selling used things once cherished by others. They've been non-judgemental and welcoming with a smile ever since the Salvation Army opened the first recycling shop in 1880 as a means of helping men straight out of prison. … END_OF_DOCUMENT_TOKEN_TO_BE_REPLACED 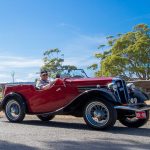 We have been blessed with many great South Australians of note. Wonderful achievers like legendary cricketer Donald George Bradman, although he wasn't born here, social worker Julia Warren Farr whose work more than a century ago with people with a disability remains profound, and Robert Lee Hawke, whom some may cruelly remember more for his pint sculling and Ocker quotes than … END_OF_DOCUMENT_TOKEN_TO_BE_REPLACED 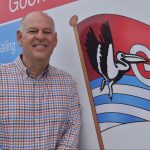 The petrol heads on water are revving and raring to go for the ninth annual Aquafest at the Goolwa Aquatic Club on April 4-5. But times have changed. Unlike when the club was formed in 1959 when they raced like a boat out of hell and sometimes crashed they now perform professional spirited demonstrations. Insurance premiums have soared over 60 years. The club itself is also … END_OF_DOCUMENT_TOKEN_TO_BE_REPLACED