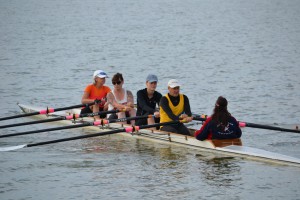 A new Fleurieu Festival of Sports will be launched in the southern Fleurieu in early 2015.

It replaces an unsuccessful bid to host the South Australian Masters Games, after a proposal from Victor Harbor was rejected by Sport SA in favor of a Clare submission last Tuesday.

The new concept, being presented by a newly-formed Fleurieu Festival of Sports (FFS) committee with interim support from the Alexandrina, Victor Harbor and Yankalilla councils, will be far more fitting for our region, and come with no heavy restraints from Sport SA.

The Sport SA Masters Games concept covers 25 sports – this festival will have 17 or 18 sports including aquatic events appropriate to the region like surfing, sailing and rowing. The concept is not reliant on a new swimming pool, but obviously it would be a huge benefit.

Trevor Mayhew, the FFS committee chairperson, described the proposed games as a magnificent opportunity to promote the region and deliver relevant economic benefit for local businesses.

“We will be having an international sporting event one way or another,” Trevor said. “We would like to engage the whole community in our Fleurieu Festival of Sport, and link it to other festivities to be enjoyed by everyone across the region.”

While the FFS will cover the southern Fleurieu, the base will be Victor Harbor. Also on the committee are Tony Jimmieson (secretary), Sylvie Clarke (treasurer), Jeremy Bell, Peter Mueller, Graham Philp (Victor Harbor mayor) and Andrea Travers.

The committee’s immediate task is to organise meetings to start securing finance to stage the games. The timing has yet to be finalised, but it could be April, 2015.