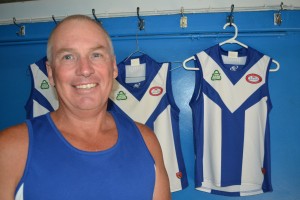 Among the big-name recruits is James Meiklejohn, who retired from SANFL league football after being captain of the Port Adelaide Magpies the past four seasons, to join Goolwa-Port Elliot.

David, who joins the Kangaroos with more than 250 senior games behind him plus 17 years of coaching experience including the past seven years at under 19s and 18s level at South Adelaide, says he’s already been encouraged by the “quality of the kids” at training pre-season.

“My number one aim is to have fun, and I like to think I get the best out of people,” David said. “I am excited about the new season; I can’t wait.”