At least eight or 10 special times a year a small yet incredibly loyal band of friends of the Adelaide Symphony Orchestra catch a special bus from Goolwa-Victor Harbor to see a performance, usually at the Adelaide Town Hall.

Perhaps the best known by the ASO performers and staff, indeed other music lovers who admire this dedication and appreciation for music at its finest, is Helen Inglis (pictured), who has been a dedicated fan since she attended the ASO youth concerts as a little girl. 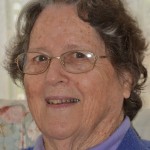 With a wry smile, Helen said she had been through more concertos than one may wish to realise since those early days, but the excitement at attending each performance has never waned.

“I just love our symphony orchestra,” Helen said. “As my friends used to always say, we think of the ASO as our family. Having been going for so long you get to know the personalities .

“I know that you can buy CDs, but there is something special about actually being there. We get artists from all over the world, some in their 20s, and they are absolutely fantastic.”

The reason why Helen and others from the south coast are known to so many at the concerts is that people marvel at the fact they “come all the way” from Goolwa and Victor Harbor on “the music bus”. A partly-subsidised service provided by Goolwa Bus & Coach drops them out the front of the Adelaide Town Hall or occasionally the Festival Centre, and they board to go home before 9pm.

“When you are by yourself, and perhaps mobility impaired like I am, it can be difficult driving into the city and finding a car park,” Helen said. “Getting to the Town Hall can be so hard, not to mention the fact the bus fare is just $20, which is a lot cheaper than paying for the petrol and a car park.”

Helen is now on a mission to spread the word the bus service is available to further support the ASO.

“We should be all extremely proud of the Adelaide Symphony Orchestra, she said. “I really feel that if more people knew just how good these performers were they would get so much enjoyment from attending the concerts. It is very much a hidden secret in these parts, and I think that is a shame. You don’t need to be a great musical performer to appreciate the music; it is something special for people of all ages and backgrounds.

“The bus driver makes sure we get there by half-past five so we have the choice of listening to the 30-minute pre-performance talk, with the main performance starting at 6.30.

“I go to the talks because it enhances the performance. A lot of people enjoy that; sometimes it is the conductor, another time a soloist, a lady music teacher who is excellent, and the orchestra itself coming in and talking. It is quiet enlightening, and it helps you feel the music inside.

“I used to play the piano and I was very much involved in choral singing as a young person, not that you get much choral with the symphony. This is about appreciating the music talent of others.” CL
Buses will be provided from Goolwa to Adelaide Symphony Orchestra concerts on July 26; August 2 & 30; September 13 & 20; October 3 & 11; November 8, 22 & 28.