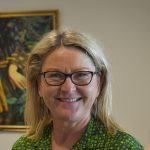 May 2, 2019.  Moira Jenkins is a doctor of Philosophy, a Master of Psychology, Graduate of Conflict Management, and an experienced skydiver. She has sailed the high seas and ran marathons in Paris and Queenstown, New Zealand. But as the Mayor of Victor Harbor, has she enough dare-devil action, patience and pace in her to control her councillors in chamber to run this … END_OF_DOCUMENT_TOKEN_TO_BE_REPLACED 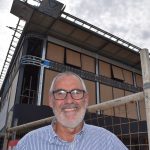 In the summer of '69 only days after arriving in Australia by boat from Bedfordshire, England, David Reynolds raced his dad around a swim can off Port Noarlunga. The local swimming coach just happened to see them, and so impressed with David's swimming ability he approached them. Before David could get too many words out, the coach said: “Good heavens, I've never known a Pom … END_OF_DOCUMENT_TOKEN_TO_BE_REPLACED 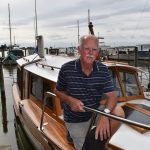 The 16th biennial South Australian Wooden Boat Festival from April 27-28 is more than a flotilla – it's the sharing of memories that will stay with you forever. Presented by the Alexandrina Council and South Australian Tourism Commission, with the Goolwa & District Community Bendigo Bank Branch among the immensely appreciated supporters, this festival offers an integral … END_OF_DOCUMENT_TOKEN_TO_BE_REPLACED 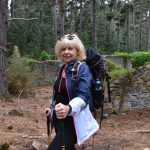 Noeline Overall shares an idiom about getting lost in the forest and finding yourself. It's about using hiking to rediscover the fun things you hopefully did as a kid, taking those hide-and-seek games amongst the trees to a new level and enjoying the experience. It may seem a little left field to some, but Noeline's new business True Nature Adventures – taking groups on … END_OF_DOCUMENT_TOKEN_TO_BE_REPLACED 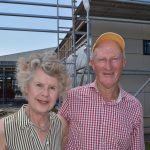 The Women's & Children's Hospital Foundation believes that everyone deserves to have great memories. Of course, it is not easy for some, especially parents like Michelle and Marty Roberts, whose son, Sam, died not long before his fifth birthday in 2005 from Niemann-Pick disease type C, a very rare genetic neurological degenerative condition. Sam never walked; in fact, he … END_OF_DOCUMENT_TOKEN_TO_BE_REPLACED